Gerard Delanty is Professor of Sociology and Social and Political Thought, University of Sussex, UK. He is the author of the Cosmopolitan Imagination, 2009. 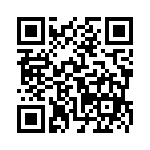