Jay Ebben. PhD, has taught at the University of St. Thomas since 2002, where he is an associate professor of entrepreneurship. In 2011, Ebben received a Fulbright Scholarship to teach in Slovenia, and he and his wife packed up and moved there for five months . . . with three kids in tow, all under the age of four. His interest in continuing to teach there and to explore medieval villages and mountain towns across the Balkans has led him back several times since. 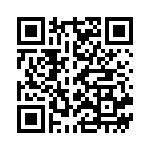