Lucian N. Leustean is a Senior Lecturer in Politics and International Relations at the Aston Centre for Europe and the Associate Dean for Postgraduate Programmes in the School of Languages and Social Sciences at Aston University, Birmingham 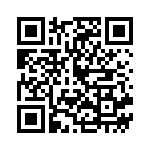