Stran 42
... death of his father , James Iv . , at the serious absurdities which belonged to the Flodden , in 1513 . development of the one emotion for which In truth , the latter king is the nearest apthe cultivated world seemed to live .
Stran 320
Among the prominent men of the time , who acted as judges in the various departIV . ments , were James Lick , Francis Blake , E. W. Church , James Ballentine , J. H. Titcomb , The Institute seemed to have now reached Charles Main ...
Stran 558
Mrs. Madison seemed to forget her hus- that he is not afraid of , he generally accompanies band was the head of a nation , and was mostly it with a kick , and is appreciated accordingly . concerned for his personal safety . 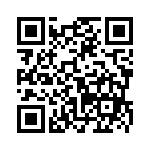