Alden Chester [1848-1934] graduated from Columbia University Law School in 1871 and was admitted to the New York Bar in 1871. He practiced in Albany until 1895, when he was elected to the Third Judicial District Supreme Court. He was designated to the Appellate Division by Gov. Odell and served from 1902 to 1909. Chester returned to the trial bench at the behest of Gov. Hughes to help clear an unusual backlog of cases, and retired from the bench in 1918. Justice Chester served as deputy clerk of the New York State Assembly from 1874 to 1876; as a member of the Board of Public Instruction of Albany from 1881 to 1884 (and as its president in 1884); as an assistant United States Attorney for the Northern District of New York from 1882 to 1885; and as an assistant corporation counsel of the City of Albany from 1894 to 1895. He also served as president of the Albany Medical College, a trustee of the Albany College of Pharmacy, a governor of Union University, and a special lecturer on the Federal judicial system at Albany Law School. He was president of the American Bar Association in 1919. Justice Chester was also the author of The Legal and Judicial History of New York (1911). 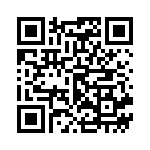