Stran 198 - Virginia do enact that no man shall be compelled to frequent or support any religious worship, place, or ministry whatsoever, nor shall be enforced, restrained, molested, or burthened in his body or goods, or shall otherwise suffer, on account of his religious opinions or belief ; but that all men shall be free to profess, and by argument to maintain, their opinions in matters of religion, and that the same shall in no wise diminish, enlarge, or affect their civil capacities.
Pojavi se v 563 knjigah iz obdobja 1801–2008
Stran 198 - That religion or the duty which we owe to our Creator, and the manner of discharging it, can be directed only by reason and conviction, not by force or violence ; and, therefore, all men are equally entitled to the free exercise of religion, according to the dictates of conscience ; and that it is the mutual duty of all to practice Christian forbearance, love and charity towards each other.
Pojavi se v 884 knjigah iz obdobja 1789–2008
Več
Stran 169 - MR. CHIEF JUSTICE BURGER delivered the opinion of the Court. We granted certiorari in this case to...
Pojavi se v 170 knjigah iz obdobja 1798–2007
Stran 86 - By the time of the adoption of the Constitution, our history shows that there was a widespread awareness among many Americans of the dangers of a union of Church and State. These people knew, some of them from bitter personal experience, that one of the greatest dangers to the freedom of the individual to worship in his own way lay in the Government's placing its official stamp of approval upon one particular kind of prayer or one particular form of religious services.
Pojavi se v 99 knjigah iz obdobja 1883–2008
Stran 217 - No sectarian instruction shall be allowed in any school or institution supported in whole or in part by the public funds set apart for educational purposes...
Pojavi se v 105 knjigah iz obdobja 1856–2006
Stran 147 - Neither a state nor the Federal Government can set up a church. Neither can pass laws which aid one religion, aid all religions, or prefer one religion over another.
Pojavi se v 956 knjigah iz obdobja 1871–2008
Stran 152 - Section 5. The Congress shall have power to enforce, by appropriate legislation, the provisions of this article.
Pojavi se v 117 knjigah iz obdobja 1890–2007
Manj 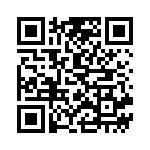