Nice little succinct book on the creation of the Constitution. The end of the book includes short biographies of everyone who took part in the convention (whether he signed or not), and the text of the Articles of the Confederation and the Constitution itself. Celotno mnenje

Review: A Brilliant Solution, Inventing the American Constitution - by Carol Berkin……………..7 July 2013 This book published in 2002 should be a must read for all students of American History and ... Celotno mnenje

CAROL BERKIN is Baruch Presidential Professor of History at the City University of New York. Her books include Revolutionary Mothers: Women in the Struggle for America's Independence, The Bill of Rights: The Fight to Secure America's Liberties, and A Brilliant Solution: Inventing the American Constitution, and has also contributed to several collections of articles and textbooks. Berkin was a commentator for the A&E series Founding Fathers and Founding Brothers, as well as a commentator for the PBS documentary, Benjamin Franklin. She lives in New York City. 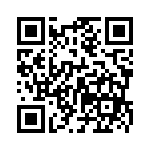