Professor H. G. Koenigsberger FBA is one of Britain's senior historians. German by birth, he has taught at Manchester, Nottingham, Cornell and London, and is now Professor of History Emeritus and Fellow, King's College London. Koenigsberger is also a Past President of the International Commission for the History of Representative and Parliamentary Institutions, and in 1987 Cambridge published a festschrift in his honour under the title Politics and Culture in Early Modern Europe, ed. Mack and Jacob. In the late 1960s Koenigsberger was a founder-editor (with Professor Sir John Elliott) of the 'Cambridge Studies in Early Modern History' series, where his book is now being published. 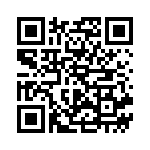