MARY ELLEN JONES is Director of American Studies and Associate Professor of English at Wittenberg University in Springfield, Ohio. She is author of The American Frontier (1994), Seeds of Change: Readings on Cultural Exchange after 1492 (1993), and Christopher Columbus and His Legacy (1992). 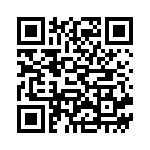