NO WAY TO PICK A PRESIDENT

No way to pick a president

In his 11th book, Witcover considers how to drain the swamp--if not the cesspool--that our presidential elections have become. Along with Jack Germond, his co-columnist at the Baltimore Sun, he has ... Celotno mnenje

Jules Witcover, a nationally syndicated columnist for The Baltimore Sun, has been covering Washington politics for almost half a century. He is the author of ten books, including the best-seller Marathon, about the 1976 Carter/Ford race. He is also the co-author of four works with Jack Germond. 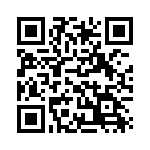