Patrick T. Conley is professor of history at Providence College and has authored many books on the Constitution and Rhode Island history including Democracy in Decline, Rhode Island's Constitutional Development, 1776-1841. John P. Kaminski is the director of The Center for the Study of the American Constitution at the University of Wisconsin-Madison. He has written and spoken widely on early American history and the Constitution. He is a former president of The Association for Documentary Editing. 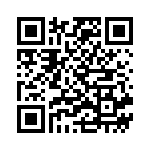