Daniel Levy works in the Department of Sociology at the State University of New York–Stony Brook.

John Torpey teaches in the Department of Anthropology and Sociology and the Institute for European Studies at the University of British Columbia.

Jacques Derrida was Director of Studies at the Ecole Pratique des Hautes Etudes en Sciences Sociales in Paris. English translations of his work include Given Time, Memories of the Blind, Specters of Marx, The Politics of Friendship, and The Gift of Death.

Umberto Eco is a professor of semiotics at the University of Bologna and the author of Foucault's Pendulum, The Name of the Rose, and other international bestsellers. He lives in Milan, Italy. 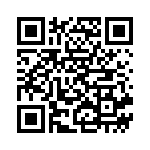