JEFFREY M. SHAMAN is Professor of Law at DePaul University./e He has concentrated much of his scholarship in the area of constitutional law, and his work analyzing the constitutional process has been published in law reviews across the country. He is also a national authority on judicial ethics and has written and lectured extensively on that subject. As a scholar and an attorney, Professor Shaman has participated in a variety of activities to promote human rights both in the United States and other nations. 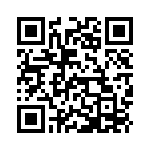