Stran 268 - The stars of midnight shall be dear To her; and she shall lean her ear In many a secret place Where rivulets dance their wayward round, And beauty born of murmuring sound Shall pass into her face.
Pojavi se v 983 knjigah iz obdobja 1800–2008
Stran 109 - Whoe'er has travelled life's dull round, Where'er his stages may have been, May sigh to think he still has found The warmest welcome at an inn.
Pojavi se v 628 knjigah iz obdobja 1807–2008
Več
Stran 84 - Give me health and a day, and I will make the pomp of emperors ridiculous.
Pojavi se v 376 knjigah iz obdobja 1835–2008
Stran 205 - Do anything better than dine ? We'll dine and drink, and say if we think That anything better can be ; And when we have dined, wish all mankind May dine as well as we. And though a good wish will fill no dish, And brim no cup with sack, Yet thoughts will spring, as the glasses ring, To illume our studious track.
Pojavi se v 41 knjigah iz obdobja 1831–2006
Stran 289 - ... giver, He jerked it immediately into the river. Gwenwynwyn, aghast, not a syllable spake ; The philosopher's stone made a duck and a drake : Two systems of circles a moment were seen, And the stream smoothed them off, as they never had been. Gwenwynwyn regained, and uplifted his voice : " Oh friar, gray friar, full rash was thy choice ; The stone, the good stone, which away thou hast thrown, Was the stone of all stones, the philosopher's stone...
Pojavi se v 24 knjigah iz obdobja 1826–2008
Stran 321 - Did you hear of the curate who mounted his mare, And merrily trotted along to the fair? * Of creature more tractable none ever heard ; In the height of her speed she would stop at a word; But again with a word, when the curate said, " Hey," She put forth her mettle and gallop'd away.
Pojavi se v 66 knjigah iz obdobja 1831–2007
Stran 158 - The sentimental against the rational, the intuitive against the inductive, the ornamental against the useful, the intense against the tranquil, the romantic against the classical; these are great and interesting controversies, which I should like, before I die, to see satisfactorily settled.
Pojavi se v 40 knjigah iz obdobja 1831–2001
Stran 152 - I am out of all patience with this march of mind. Here has my house been nearly burned down, by my cook taking it into her head to study hydrostatics, in a sixpenny tract, published by the Steam Intellect Society, and written by a learned friend who is for doing all the world's business as well as his own, and is equally well qualified to handle every branch of human knowledge.
Pojavi se v 55 knjigah iz obdobja 1831–2007
Stran 321 - was a creature so rare, So docile, so true, as my excellent mare; Lo, here now I stand," and he gazed all around, "As safe and as steady as if on the ground; Yet how had it been, if some traveller...
Pojavi se v 41 knjigah iz obdobja 1855–2007
Stran 321 - He shrunk from the thorns, though he long'd for the fruit ; With a word he arrested his courser's keen speed, And he stood up erect on the back of his steed ; On the saddle he stood while the creature stood still, And he gather'd the fruit till he took his good fill.
Pojavi se v 43 knjigah iz obdobja 1831–2007
Manj

Thomas Love Peacock was born on October 18, 1785. He was largely self-educated and worked most of his life for the East India Company. During this time, he mastered Greek, Latin, Italian, French, and Welsh. He became chief examiner in 1836 and retired on a pension in 1856. He wrote seven novels during his lifetime including Headlong Hall, Melincourt, Nightmare Abbey, Crotchet Castle, and Gryll Grange. He died on January 23, 1866 at the age of 81 from injuries sustained in a fire in which he had attempted to save his library. 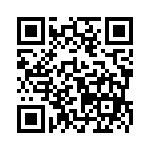