Stran
... since high school, or even during it, but who may wish to experience an act of
mathematical imagining and to consider how such an experience compares with
the imaginative work involved in reading and understanding a phrase in a poem.
Stran
understanding a phrase in a poem. Of course, poetry and mathematics are far
apart. All the more glorious, then, for people at home in the imaginative life of
poetry to use their insight and sensibility to witness the imagination at work in ...
Stran
Poetry, to be sure, has “shifts of thought” at its core, the “turn” of the poem, in both
its viewpoint and its typography, being celebrated in the word verse. Poetry
demands our paying attention to these turns. For people who pay such attention ...
Stran
John Ashbery, in his prose poem “Whatever It Is, Wherever You Are,” writes of
reading: [T]he yellow of the tulip, for instance—will flash for a moment in such a
way that after it has been withdrawn we can be sure there was no imagining, ...
Stran
For those who have not read her prose-poem essay, I wouldn't want to ruin its
dramatic momentum by revealing how it evolves from this theme, or to reveal its
further surprises. But can we, as a modest test of Scarry's claim, catch glimpses of
...
Naslednja » 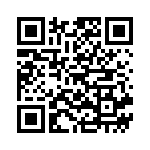