Igor Guardiancich earned his PhD at the European University Institute in 2009. He is currently a post-doctoral fellow at the Collegio Carlo Alberto in Turin, Italy. 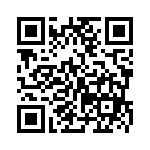