Stran 27 - But, from the necessity of the case, and a regard to the mutual interest of both countries, we cheerfully consent to the operation of such Acts of the British Parliament, as are bona fide restrained to the regulation of our external commerce, for the purpose of securing the commercial advantages of the whole empire to the mother country, and the commercial benefits of its respective members ; excluding every idea of taxation, internal or external, for raising a revenue on the subjects in America...
Pojavi se v 447 knjigah iz obdobja 1771–2008
Stran 32 - We will neither import nor purchase, any slave imported after the first day of December next; after which time, we will wholly discontinue the slave trade, and will neither be concerned in it ourselves, nor will we hire our vessels, nor sell our commodities or manufactures to those who are concerned in it.
Pojavi se v 253 knjigah iz obdobja 1815–2008

EDWARD PAYSON POWELL (1833-1915) was an American author and journalist. He graduated from Hamilton College and Union Theological Seminary and was ordained as a Congregational minister in 1817. He embarked on his journalism career in 1886 when he joined the St. Louis Globe-Democrat in 1886 as an editorial writer; he later (1900) moved to The Independent of New York, a civil rights and anti-slavery newspaper. 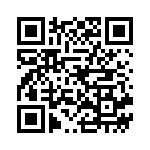