Stran 150
Although he toer force , but he wished , for the thought far less had been done ,
permanent defence of the country , than ought to have been done , in that the
resources and strength of bringing the volunteers to a high its population should
be ...
Stran 183
Colonel Calcraft opposed the Mr. Windham said , that the case measure , as he
thought there was no of the English militia volunteering suficient grounds laid of
such an in 1798 , when a rebellion was ragexpediency , as justified the aban- ing
...
Stran 226
He had no objection to punish . fresh discussions , on nearly the ing the guilty ,
but he thought it un- grounds as have already been stated . fair to infringe upon
the rights of On the question , that the bill should 300 electors , because 50 of
them ... 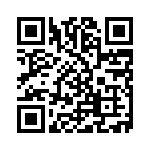