MARK J. ROZELL is Associate Professor of Political Science at American University. He is author six books, including The Press and the Bush Presidency (Praeger, 1996) and In Contempt of Congress (Praeger, 1996). 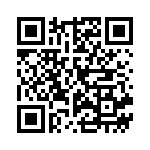