Stran 42
On Thursday , April 11 , I dined with him at General Paoli's , in whose house I now resided , and where I had ever afterwards the honour of being entertained with the kindest attention as his constant guest , while I was in London ...
Stran 119
And he had , accordingly , the honour to be elected ; for an honour it undoubtedly must be allowed to be , when it is considered of whom that society consists , and that a single black ball excludes a candidate . both , with the ...
Stran 191
Johnson exclaimed , ' A poor man has no honour . ' The English yeoman , not dismayed , proceeded : ' Lord Eglintoune was a damned fool to run on upon Campbell , after being warned that Campbell would shoot him if he did . 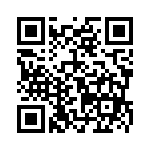