Eduardo Nolla is a Professor at the Universidad San Pablo-CEU, Madrid, and is the author of numerous books and articles on Tocqueville and the editor of The French Critical Edition of "Democracy in America". 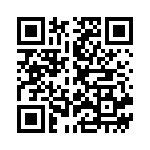