Hammond is the author of three novels, a collection of short stories and four philsosphical books on issues in theoretical physics, Plato's theory, early Christianity and rational idealism. In his unspare time, he negotiates the details of corporate mergers and acquisitions.

Gerald Hammond was born in 1926. He was an architect for thirty years before retiring in 1982. He has written over thirty mystery novels and is the creator of John Cunningham, dog breeder in Scotland, and Keith Calder, gunsmith. He also writes under the pseudonyms Arthur Douglas and Dalby Holden. 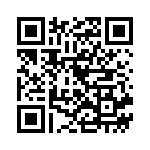