Stran 144
He told me that he had also written a petition from the city of London ; ' but ( said he , with a significant smile ) they mended it.'1 The last of these articles which Johnson wrote is '. 1 Having unexpectedly , by the favour of Mr.
Stran 179
I had long complained to him that I felt discontented in Scotland , as too narrow a sphere , and that I wished to make my chief residence in London , the great scene of ambition , instruction , and amusement : a scene , which was to me ...
Stran 181
London , the exquisite zest with which I relished it in occasional visits must go off , and I might grow tired of it . JOHNSON : Why , sir , you find no man , at all intellectual , who is willing to leave London . 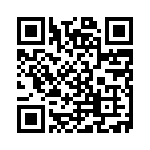