French writer and politician Alexis de Tocqueville was born in Verneuil to an aristocratic Norman family. He entered the bar in 1825 and became an assistant magistrate at Versailles. In 1831, he was sent to the United States to report on the prison system. This journey produced a book called On the Penitentiary System in the United States (1833), as well as a much more significant work called Democracy in America (1835--40), a treatise on American society and its political system. Active in French politics, Tocqueville also wrote Old Regime and the Revolution (1856), in which he argued that the Revolution of 1848 did not constitute a break with the past but merely accelerated a trend toward greater centralization of government. Tocqueville was an observant Catholic, and this has been cited as a reason why many of his insights, rather than being confined to a particular time and place, reach beyond to see a universality in all people everywhere. 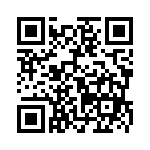