Vincent Carretta is professor of English at the University of Maryland, College Park. He is the editor of the Penguin Classics editions of the Complete Writings of Phillis Wheatley, Letters of the Late Ignatius Sancho, an African, and Thoughts and Sentiments on the Evil of Slavery and Other Writings by Ottobah Cugoano. 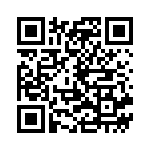