Stran 110
ready to be paid to any of the turnkeys who could get him out: but it was too late: for he was watched with much circumspection. He said, Dodd's friends had an image of him made of wax, which was to have been left in his place; ...
Stran 207
Sir William Scott informs me that, upon the death of the late Lord Lichfield, who was Chancellor of the University of Oxford, he said to Johnson: “What a pity it is, Sir, that you did not follow the profession of the law.
Stran 270
DEAR SIR: In the year 1763, being at London, I was carried by Dr. John Blair, Prebendary of Westminster, to dine at old Lord Bathurst's; where we found the late Mr. Mallet, Sir James Porter, who had been Ambassadour at Constantinople, ... 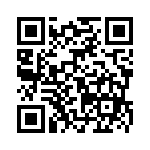