from the extreme is a phenomenal read! It goes into the life of a young black girl and brings her out as a woman of God. This woman had heartbreak and distress in her life but thru the power of jesus ... Celotno mnenje

The female in the book is a survivor. She experienced alot of trails and dissappointments in her life but she endured and learned that Jesus was there with her through it all. The character Racheal ... Celotno mnenje

Renea Collins was born and raised in Dayton, Ohio. She now resides in Columbus, Ohio where she is a cosmetologist with vision and a plan. She is the founder of Daughter of the King Productions, Inc., a company designed to launch, empower, and promote Christian works. From the Extreme is Renea's debut title. Renea's desire is to allow others to experiences the raw truth of urban Christian testimonies. She has produced and directed her first documentary, To the Extreme, which was featured at the 2007 Indy New York Film Festival. 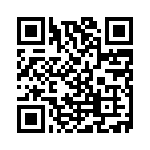