A definite 5*****, especially with the Norton supplementary materials, which include selections from Hawthorne's letters as well as other materials pertaining to the Brook Farm communitarian ... Celotno mnenje

Nathaniel Hawthorne was born on July 4, 1804 in Salem, Massachusetts. When he was four years old, his father died. Years later, with financial help from his maternal relatives who recognized his literary talent, Hawthorne was able to enroll in Bowdoin College. Among his classmates were the important literary and political figures Horatio Bridge, Henry Wadsworth Longfellow, and Franklin Pierce. These friends supplied Hawthorne with employment during the early years after graduation while Hawthorne was still establishing himself as a legitimate author. Hawthorne's first novel, Fanshawe, which he self-published in 1828, wasn't quite the success that he had hoped it would be. Not willing to give up, he began writing stories for Twice-Told Tales. These stories established Hawthorne as a leading writer. In 1842, Hawthorne moved to Concord, Massachusetts, where he wrote a number of tales, including "Rappaccini's Daughter" and "Young Goodman Brown," that were later published as Mosses from an Old Manse. The overall theme of Hawthorne's novels was a deep concern with ethical problems of sin, punishment, and atonement. No one novel demonstrated that more vividly than The Scarlet Letter. This tale about the adulterous Puritan Hester Prynne is regarded as Hawthorne's best work and is a classic of American literature. Other famous novels written by Hawthorne include The House of Seven Gables and The Blithedale Romance. In 1852, Hawthorne wrote a campaign biography of his college friend Franklin Pierce. After Pierce was elected as President of the United States, he rewarded Hawthorne with the Consulship at Liverpool, England. Hawthorne died in his sleep on May 19, 1864, while on a trip with Franklin Pierce.

Richard H. Millington is Sylvia Dlugasch Bauman Professor of American Studies and Professor of English at Smith College. He is the author of Practicing Romance: Narrative Form and Cultural Engagement in Hawthorne's Fiction and of essays on Hawthorne and Willa Cather. He co-edited Hitchcock's America, which includes his essay on North By Northwest. 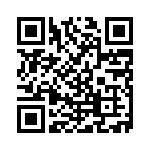