American dramatist William Dunlap was born on February 19, 1766 in Perth Amboy, New Jersey. At the age of eleven, his family moved to New York City and he attended numerous plays that were popular with the British Officers. In 1778, his right eye was injured by a piece of firewood and he lost the sight in that eye. Despite this, he pursued his interest in painting and painted a portrait of George Washington in 1783. The following year, he traveled to London to study with Benjamin West. When he returned to America in late 1787, he began to write plays. His 1798 play Andre, a tragedy based on an actual occurrence in the Revolution, was the first native play on American material. He wrote or adapted more than sixty plays during his lifetime. He was a partner in the American Company from 1796-1797 and was manager of the Park Theatre in New York City from 1798-1805. He died in 1839. 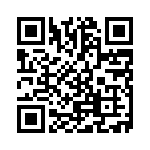