George Stade was born George Gustave Comins in Manhattan, New York on November 25, 1933. He received a bachelor's degree in English from St. Lawrence University in 1955 and a master's degree in English in 1958 and a doctorate in English in 1965, both from Columbia University. He was a professor of English and comparative literature at Columbia University for 36 years until his retirement in 2000. He specialized in 20th-century American and British literature. The Society of Columbia Graduates awarded him the Great Teacher Award in 1996, citing his work writing book reviews for The Times and editing the Columbia Essays on Modern Writers. He wrote four novels including Confessions of a Lady-Killer. His articles and essays appeared in Partisan Review, The Hudson Review, The Paris Review, Harper's, The Nation, and The New Republic. He was also the consulting editorial director of Barnes & Noble Classics and editor in chief of Scribner's British Writers and European Writers series. He died from pneumonia on February 26, 2019 at the age of 85. 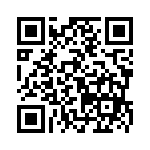