NEIL LONGLEY YORK is Professor of History and History Department Chair at Brigham Young University. He also serves as Karl G. Maeser Professor of General Education. Over the past 25 years he has written widely about Revolutionary America, including the forthcoming book Maxims for a Patriot: Josiah Quincy Jr. and His Commonplace Book. 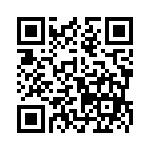