MacGregor Knox has served as Stevenson Professor of International History at the London School of Economics and Political Science since 1994. He was educated at Harvard College (B.A., 1967) and Yale University (Ph.D., 1977), and has also taught at the University of Rochester (United States). His writings deal with the wars and dictatorships of the savage first half of the twentieth century and with contemporary international and strategic history. They include Mussolini Unleashed, 1939–1941 (1982); The Making of Strategy: Rulers, States, and War (ed., with Williamson Murray and Alvin Bernstein) (1994); Common Destiny: Dictatorship, Foreign Policy, and War in Fascist Italy and Nazi Germany (2000); Hitler's Italian Allies: Royal Armed Forces, Fascist Regime, and the War of 1940–43 (2000); and The Dynamics of Military Revolution, 1300–2050 (ed., with Williamson Murray) (2001). Between his undergraduate and graduate studies he spent three years in the U.S. Army, and served in the Republic of Vietnam (1969) as rifle platoon leader with the 173rd Airborne Brigade. 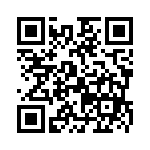