Stran xv - This nation, as experience has proved, cannot always remain at peace, and has no right to expect that it will always have wise and humane rulers, sincerely attached to the principles of the Constitution. Wicked men, ambitious of power, with hatred of liberty and contempt of law, may fill the place once occupied by Washington and Lincoln...
Pojavi se v 170 knjigah iz obdobja 1867–2007
Stran xiv - Providence has not created mankind entirely independent or entirely free. It is true that around every man a fatal circle is traced, beyond which he cannot pass ; but within the wide verge of that circle he is powerful and free : as it is with man, so with communities.
Pojavi se v 83 knjigah iz obdobja 1835–2004

JOHN E. CRAWFORD is a clerk at the Mirand Library, Roswell Park Cancer Institute in Buffalo, New York. He received his MS in Social Science from SUNY Buffalo. 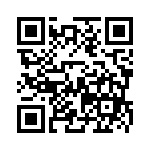