Stran 17 - Amid the seeming confusion of our mysterious world, individuals are so nicely adjusted to a system, and systems to one another, and to a whole, that, by stepping aside for a moment, a man exposes himself to a fearful risk of losing his place forever. Like Wakefield, he may become, as it were, the Outcast of the Universe.
Pojavi se v 208 knjigah iz obdobja 1853–2007
Stran 22 - The latter form of composition is presumed to aim at a very minute Fidelity, not merely to the possible, but to the probable and ordinary course of man's experience.
Pojavi se v 208 knjigah iz obdobja 1866–2006

Darrel Abel was born in 1911 in Lost Nation, Iowa. As a young man, he took all the course offered through the University of Iowa's writing program, which would later be known as the Iowa Writers workshop. He earned his B.A. and M.A. degrees at Iowa, then went on to earn a Ph.D. from the University of Michigan. During his long teaching career, Abel was a Fulbright professor at Freilburg University for a year and taught 30 years at Purdue University. He edited American Literature: Critical Theory in the American Renaissance. He is the author of about fifty journal articles - mostly on Hawthorne, Poe, Melville, and Frost - as well as numerous reviews. 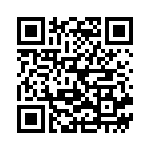