Born in Ridgewood (Queens), New York, William Leuchtenburg is currently William Rand Kenan, Jr. Professor of History at the University of North Carolina at Chapel Hill. He was educated at Cornell University and at Columbia University, from which he received his Ph.D. in 1951. After teaching briefly at Smith College and Harvard University, he began a 30-year tenure on the faculty at Columbia, where he became De Witt Clinton Professor of American History in 1971. He has served as president of the Organization of American Historians, the Society of American Historians, and most recently (1991) the American Historical Association. He has also been Harmsworth Professor at Oxford University. Leuchtenburg is an expert on twentieth-century U.S. political history, especially the era of the New Deal. His book Franklin D. Roosevelt and the New Deal, 1932--1940 (1963) won both the Bancroft and Parkman prizes. 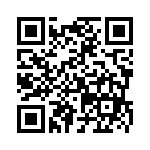