I am in awe of Ann-Marie MacDonald. She brings together so many current themes, makes them dramatic, and makes them matter to me as a reader in a fluid and coherent storyline. Some elements of the ... Celotno mnenje

4.25 stars It is the early 1960s. Jack, Mimi and their two kids, Madeleine and Mike, are moving home to Canada from Germany. Jack is part of the Royal Canadian Air Force, and is moving to Centralia ... Celotno mnenje

Novelist and dramatist Ann-Marie MacDonald is the author of the internationally bestselling and award-winning novel Fall on Your Knees. She is also the playwright of Goodnight Desdemona, Good Morning Juliet, which won the Governor General's Award for Drama. She lives in Toronto. 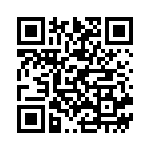