Stran 13 - With a long list of Syren devils — Balls, treats, and visits — arts cajoling, Will set their wits and senses rolling, Till on the rocks of tempting beauty, They shipwreck honor, truth, and duty. "No, let us to the woods repair, For peace and innocence dwell there; There, in the times beyond the flood, When men were frugal, wise, and good, Beneath an oak, or beechen shade, The best of human laws were made; They wanted then no central station — Their Federal Hall the whole Creation. Then let...
Pojavi se v 7 knjigah iz obdobja 1870–2005
Stran 12 - That a district of territory, not exceeding ten miles square, to be located as hereafter directed, on...
Pojavi se v 28 knjigah iz obdobja 1837–2006
Veè
Stran 7 - States. Thus it will be calculated for every Class of Citizens ; — as Reading, Writing, Arithmetic, the easier Branches of the Mathematics, and the Grammar of our native Tongue, will be attended to no less than the learned Languages.
Pojavi se v 15 knjigah iz obdobja 1843–2006
Manj

William W. Warner is the author of the Pulitzer Prize-winning Beautiful Swimmers: Watermen, Crabs, and the Chesapeake Bay (Atlantic Monthly Press, 1976; reissued by Little Brown, 1994) and Distant Water: The Fate of the North Atlantic Fisherman (Atlantic Monthly Press, 1983) which was nominated as a distinguished work of non-fiction by the National Book Critics Circle. He formerly was assistant secretary for public service at the Smithsonian Institution. 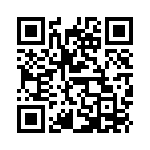