Harold F. Peterson, Professor of History at the State University College at Buffalo, was born in Galesburg, Illinois, in 1900. After being graduated from Knox College, he went into teaching, on both college and high school levels, taking time out to gain his master's degree in 1927 from the University of Minnesota and his Ph.D. in 1933 from Duke University. During World War II, he served in the Military Intelligence Division and as Assistant Secretary, Joint Intelligence Committee, of the Joint Chiefs of Staff. He was awarded the War Department Staff Citation. Following the war, he rejoined the faculty of the State University College at Buffalo.

With Watt Stewart, Dr. Peterson wrote Builders of Latin America (1942), which was translated and published in Spanish and Portuguese. His articles and book reviews have been published in periodicals in the United States, Argentina, and England. 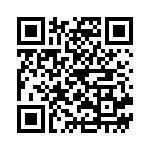