Today Lewes is remembered primarily as the consort of George Eliot, with whom he lived---but never married---from 1854 until his death. Because he had condoned his wife Agnes's adulterous relationship with T. L. Hunt, Lewes was unable to obtain a divorce. In 1850 Agnes bore the first of four of Hunt's children, whom Lewes adopted as his own. Lewes was well known and respected as an intellectual, traveling in the most progressive and free-thinking society that Victorian London could offer. Always a great encourager of the somewhat retiring Eliot, he was also a prolific author in his own right, making significant contributions in philosophy and literary criticism. He was the author of one of the first books in English on the philosophy of Auguste Comte, Comte's Philosophy of Science (1853), and wrote essays on a number of topics, including Hegelian aesthetics, political economy, and popular drama. Lewes's Biographical History of Philosophy (1845), notable for its adherence to Thomas Carlyle's dictum that history is made up of the "biographies of great men," is devoted to the Victorian (and Comtean) notion of progressive change. The best-known literary criticism by Lewes is the excellent Life and Works of Goethe (1855), which he researched, with Eliot's assistance, in Germany in 1854--55. Outside of criticism, philosophy, and science---his last work, unfinished at his death but completed by Eliot, was the multivolume Problems of Life and Mind (1874)---Lewes's writings were not overly popular. Under the pseudonym Slingsby Lawrence, he wrote a number of plays, none of which fared well. He also wrote two novels, Ranthorpe (1847) and Rose, Blanche, and Violet (1848), neither of which were well received, although the first is an interesting example of the Bildungsroman and is written in imitation of Goethe. In the 1860s Lewes served briefly as editor for both Cornhill Magazine and Fortnightly Review. Criticism of Lewes is based primarily on his relationship with George Eliot, whose literary star considerably outshines his. His ideas on philosophy, the social sciences, and physiology have long been superseded, but, as a contributor to the vibrant intellectual milieu of his age, it is difficult to find his equal. 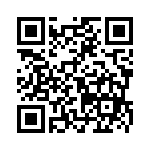