Robert Hugh Ferrell was born in Cleveland, Ohio on May 8, 1921. He studied music and education at Bowling Green State University in Ohio, but his education was interrupted by World War II. He served as a chaplain's assistant in the Army Air Forces before being promoted to staff sergeant. After the war, he received a B.S. in education from Bowling Green State University and a master's degree and a Ph.D. in history from Yale University. He taught at Indiana University in Bloomington from 1953 until his retirement in 1988. He expanded his dissertation into a book, Peace in Their Time: The Origins of the Kellogg-Briand Pact, which was published in 1952 and won the American Historical Association's George Louis Beer Prize. He wrote or edited more than 60 books including Off the Record: The Private Papers of Harry S. Truman; Harry S. Truman: A Life; The Eisenhower Diaries; Woodrow Wilson and World War I, 1917-1921; American Diplomacy: The Twentieth Century; The Strange Deaths of President Harding; Five Days in October: The Lost Battalion of World War I; and Argonne Days in World War I. He died on August 8, 2018 at the age of 97. 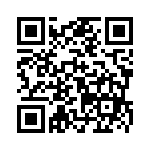