Lyman Tower Sargent, Professor of Political Science at the University of Missouri, St. Louis, is author and editor of numerous books including Extremism in America and Political Thought in the United States. 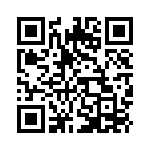