Review: Identity in Formation: The Russian-Speaking Populations in the New Abroad

I had to read this as part of my graduate level poli sci class. Started out surprisingly readable, but then he whipped out the numbers and I kept falling asleep. Celotno mnenje

David D. Laitin is the William R. Kenan, Jr. Professor of Political Science and Director of the Center for the Study of Politics, History, and Culture at the University of Chicago. 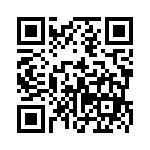