Stran 223
It is doubtful , however , if this inventory included all his books ; for a catalogue in his own hand writing seems to ... of which are written out , more or less fully , and the remainder for the most part skeletons for extempore use .
Stran 224
And all the manuscripts are so closely written , and in so fine a hand - writing , as to render it almost impossible to decipher them , until from repeated and careful examination , ( often with a magnifying glass ) the characters have ...
Stran 473
Anglo - Sax . bæftan , also written beæftan , after ; binnan , also written beinnan , within ; bufan , also written beufan , above ; abutan , about ; also Eng . abaft , above , about . ( 3. ) The force of the preposition by is often ... 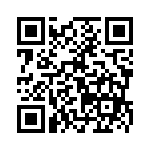