John B. Keane was born in Ireland on July 21, 1928. He attended St. Michael's College, Listowel. By 1945, he was apprenticed to a chemist in Listowel. He eventually took over a small public house and began to write. During his lifetime, he published 46 works including Sive, The Field, Big Maggie, The Streets and Other Poems, Sharon's Grave, Letters of a Matchmaker, Hut 42, Moll, and Durango. In 1999 he won the first Irish PEN Award for Literature. Keane died from prostate cancer on May 30, 2002 at the age of 73. 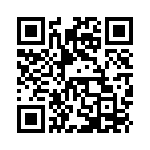