Ira Berlin was born in New York City on May 27, 1941. He received a bachelor of science degree in chemistry in 1963, a master's degree in history in 1966, and a Ph.D. in history in 1970, all from the University of Wisconsin, Madison. He taught at the University of Illinois at Chicago Circle and Federal City College in Washington before becoming a professor at the University of Maryland in 1974. He wrote numerous books including Slaves Without Masters: The Free Negro in the Antebellum South, Many Thousands Gone: The First Two Centuries of Slavery in North America, and The Long Emancipation: The Demise of Slavery in the United States. He also edited several books including Remembering Slavery: African Americans Talk About Their Personal Experiences of Slavery and Emancipation with Marc Favreau and Steven F. Miller. He died from complications of multiple myeloma on June 5, 2018 at the age of 77. 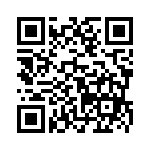