DAVID PAROISSIEN is Professor of English literature at the University of Massachusetts, Amherst. His principal publications include an edition of Charles Dickens' Pictures from Italy, Oliver Twist: An Annotated Bibliography, Selected Letters of Charles Dickens, and A Companion to Oliver Twist. Since 1983 Professor Paroissien has served as editor of the Dickens Quarterly. 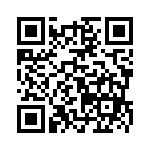