VITO N. SILVESTRI is Professor Emeritus of Communication Studies at Emerson College, Boston, MA, and President of Professional Communication Skills for Professionals./e He has taught speech and communication studies for 40 years and has served as consultant to business and non-profit organizations. In 1998 he was awarded the Theodore C. Sorensen Research Fellowship from the Kennedy Library Foundation. He has written a number of articles on John F. Kennedy. 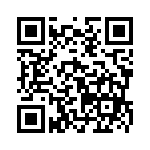