Ralph Emerson Twitchell, who went by Ralph E. Twitchell, (1859-1925) was an American historian, mayor of Santa Fe, New Mexico, and chairman of the Rio Grande Commission, which drafted a treaty between the United States and Mexico leading to the building of the Elephant Butte Dam in his state. Twitchell helped organize the first National Irrigation Congress in 1891. For forty-three years he was a member of the legal department of the Santa Fe Railroad. He was prosecuting attorney for Santa Fe County and special counsel for the U.S. Department of the Interior dealing with Native American and water-rights cases. He died August 25, 1925, at the age of 68 in Los Angeles, California. 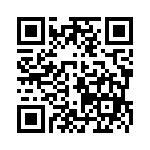