JOHN SLADE presently lives beside a lake in which virtually all aquatic animal life has vanished, in a forest in which the red spruce are rapidly dying, in the Adirondack Park of northern New York State.

He has walked in Arlington Cemetery and in the vast cemetery created by the siege of Leningrad. He has walked the sacred ground of Valley Forge, Yorktown, Gettysburg, and Omaha Beach. He has visited both sides of the Berlin Wall and has stared at the wreckage of Ground Zero in New York. He has walked slowly through Auschwitz, Stutthof, and Dachau.He has been a high school and university English teacher in America, on the island of St. Croix in the Caribbean, in Norway, and in Russia. He believes deeply in the resent global generation of well educated and highly motivated students. Their Renaissance has already begun in countries around the world. 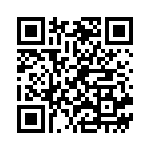