James L. Nelson, a former sailing vessel seaman and boatswain, is the author of two series of novels about the great sailing navies: Revolution at Sea and Brethren of the Coast. His most recent novel is Glory in the Name: A Novel of the Confederate Navy. He also wrote the nonfiction title Reign of Iron: The Story of the First Battling Ironclads. 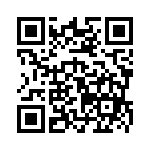